Prior to coming to ISU, Daniel was the University Archivist at Stanford University from 2010 – 2019, where, among other things, he led several efforts aimed at enhancing access to archives, including large-scale digitization projects, community oral history projects, and crowdsourcing projects. From 2006 – 2010, he served as Records Services Archivist at Yale University, and, from 2004 – 2006, Archivist and Digital Projects Developer at Ball State University.

In his free time Daniel is an avid photographer and motorcyclist, often combining the two on trips across the U.S. and Canada. When he’s not out on the road, he and his wife, Katja, enjoy going to museums, watching ice hockey, and spending time with their dog Mamma Meatball, a Bulldog/Staffordshire Terrier mix. 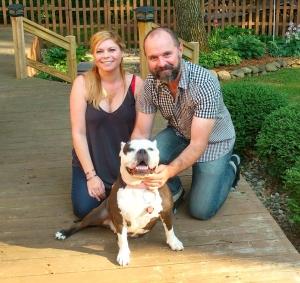 Daniel hugged James Brown; met band members from The Doors and The Velvet Underground; exchanged business cards with Jack White; and met more than 40 cast members from the Walking Dead.