2019 marks the Special Collections & University Archives’ (SCUA) 50th year in existence. This blog post is the second in a series of blog posts celebrating SCUA’s 50 years at Iowa State University. My first post in this series gave a brief history about the origins of SCUA. Today’s post will highlight a handful of items from our department that represent milestones for the library and also the university’s emphasis on innovation and technology.

Quartz microbalance made by Harry Svec while working at ISU during the Manhattan Project, circa 1942–1945. Artifact Collection 2003-203.03.

I selected the quartz balance because I wanted to highlight the Harry Svec Papers and Svec made the balance while working at ISU, during the Manhatta Project. Harry Svec came to Iowa State University (then Iowa State College) as a graduate student. World War II interrupted his studies and he, instead, worked on refining uranium in the Ames Laboratory on the Manhattan Project, working under the direction of Frank H. Spedding. At the conclusion of the Manhattan Project, Svec continued his graduate studies and built the first mass spectrometers at ISU. In 1950, he earned his Ph.D. and was granted faculty status. When Svec retired in 1983, he had been associated with ISU for 42 years. 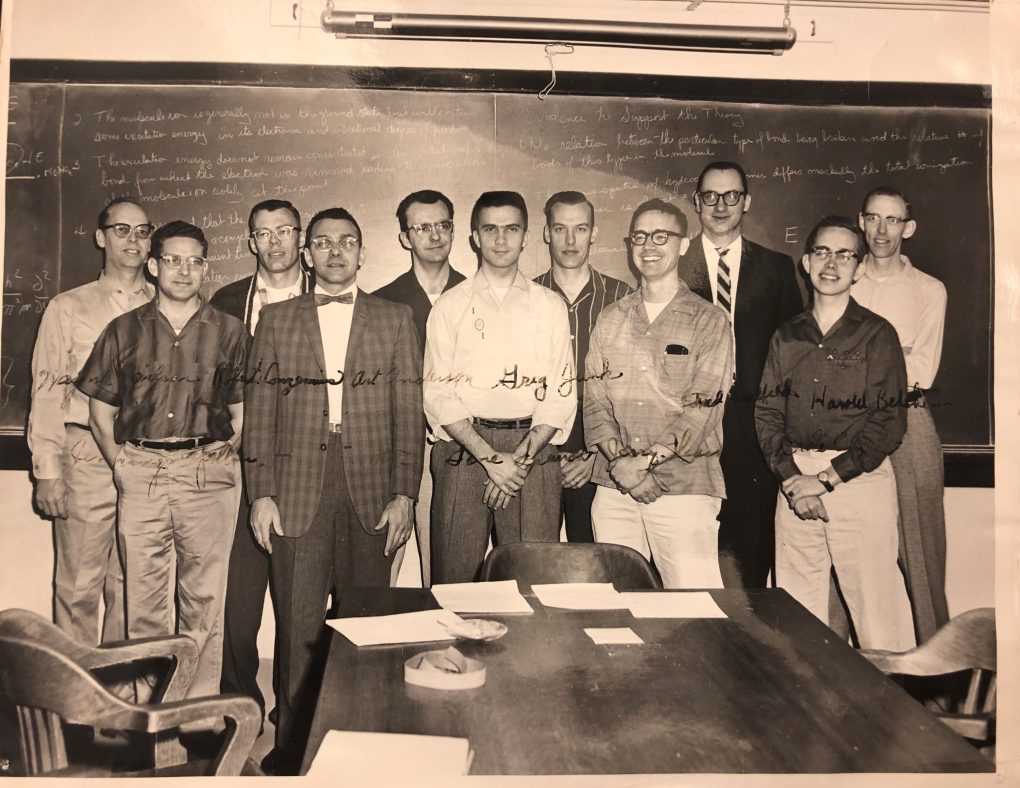 Featured next are volumes that represent significant milestones for the University Library. Below is the title page of the book acquired as the ISU Library’s one-millionth volume, Trattato della pittvra di Lionardo da Vinci, purchased circa 1975. This is a first edition, written in Italian, and published in 1651.

The images below are of the title pages for the University Library’s two millionth volume, purchased in 1994. The title is a two-volume treatise on mathematical concepts by Italian mathematician Maria Gaetana Agnesi. 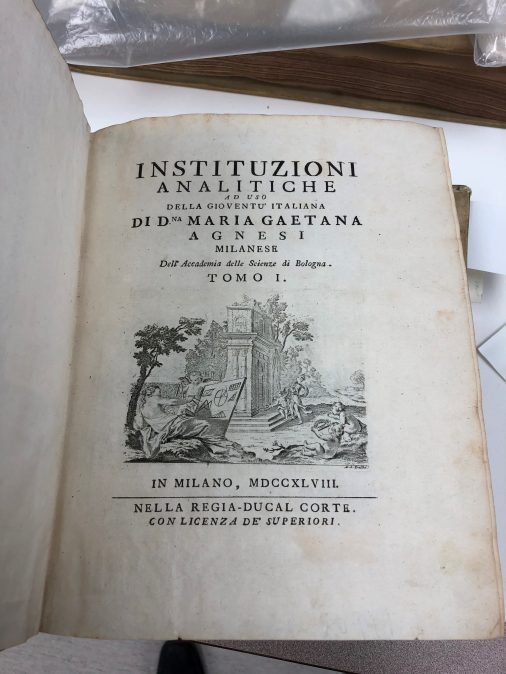 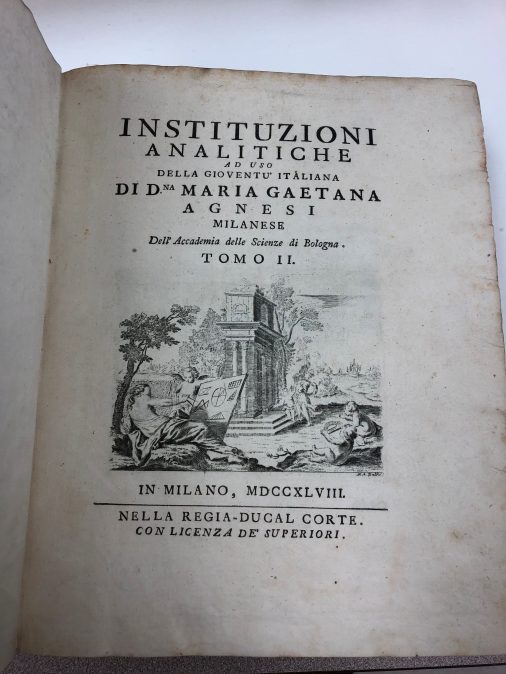 This is the University Library’s three millionth volume, purchased in 2016.  This volume includes Galileo’s defense of heliocentrism and led to his heresy trial and subsequent house arrest for the remainder of his life.  This is a copy of the second vernacular edition in Italian.

What items do you think would best represent Special Collections and University Archives’ 50th anniversary?