Did you know that November is Native American Heritage Month? Here on campus we have student organizations dedicated to various topics, but the one I am featuring today is the United Native American Student Association (UNASA). UNASA is still active on our campus today, and the organization sponsors events on campus to celebrate their heritage and to educate those around them. In the past the organization has sponsored the Symposium of on the American Indian in the University. In my research, I have found two brochures from these events. The first event that I have found in our University Archives and Special Collections was from 1973. Below is a photograph of the schedule of events! During the 1973 Symposium, there were several speakers and demonstrations given over the day. 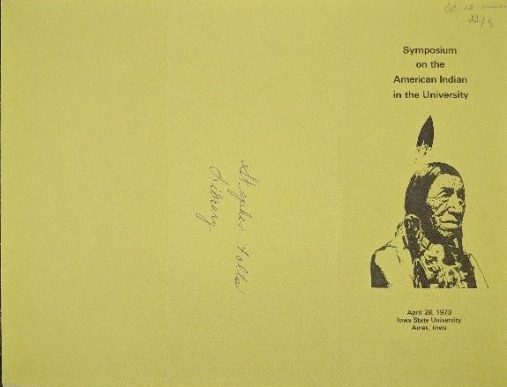 Schedule of events cover) for the 1973 Symposium on the American Indian in the University.

Schedule of events for the 1973 Symposium of the American Indian in the University.

The next event I was able to locate information on was in 1979, when UNASA sponsored the “Our Children, Our Future” event. Held on April 6 and 7 of 1979, the even was much larger than the 1973 event. While there were still speakers and demonstrations, there were also events for children, films, and other activities.

I also found an interesting article from the Iowa State Daily from October 17 (pictured below), about another event that UNASA brought to campus in 1979. For the first fall cultural event of the year, Gerald Sitting Eagle came to the university to perform a series of traditional hoop dances. You can see the article below! 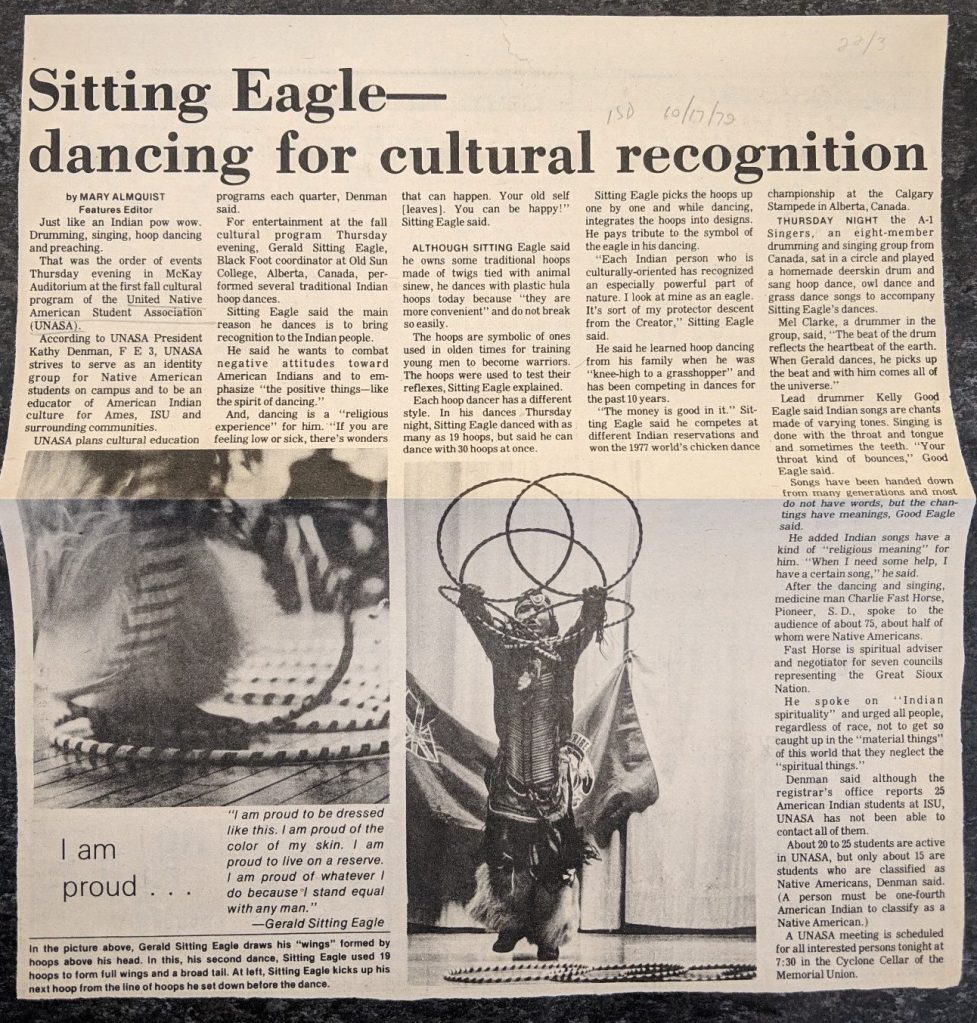 While I was unable to find photos of the organization in our copies of the Bomb, there are several Iowa State Daily articles written about the organization and the events that they hosted. For more information on the United Native American Student Association, check out box 2 of collection RS 22/03/00/01!