This summer, the Hub is once again getting an update. ISU Dining is altering the interior layout and renovating the existing seating areas in order to reduce congestion. We who work in Special Collections and University Archives take particular interest in the Hub, since it is so easy for us to glance down from our fourth floor reading room windows in Parks Library to check on our next-door neighbor. The Hub is rather small compared to the large buildings surrounding it, but the humble Hub has a very active 126 year history. 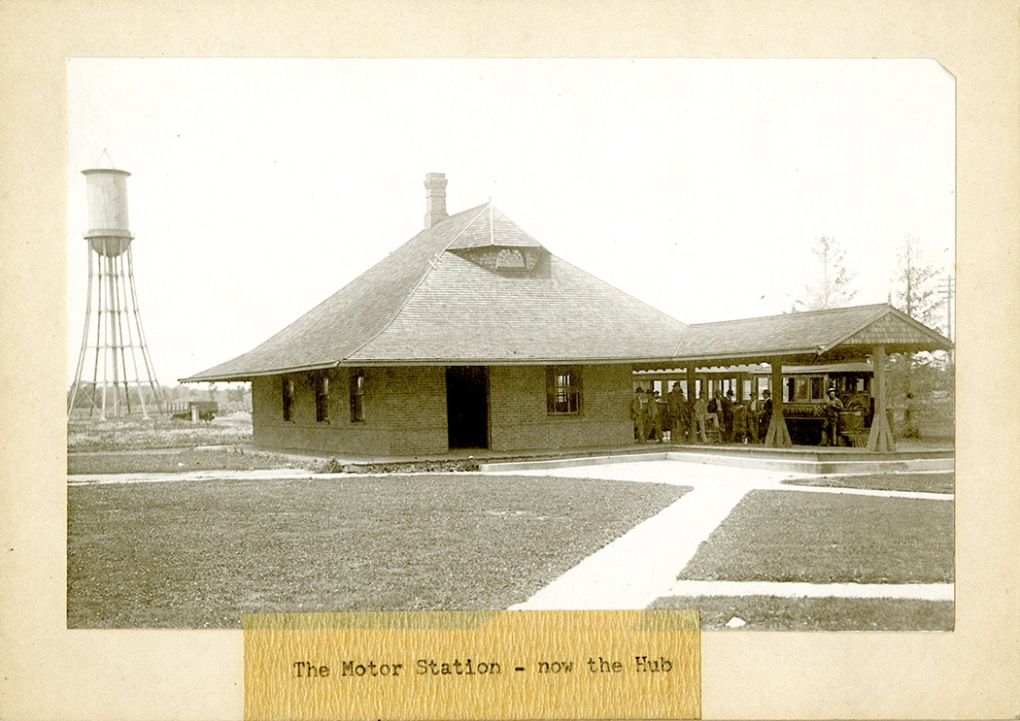 This picture shows the Hub sometime around 1900. The Dinkey is at the platform waiting for people to board and the Marston water tower is visible in the background. (University Photograph Collection, Box 251)

Few buildings on campus have had such a wide variety of uses as the Hub. Constructed in 1892, the Hub originally served as the college bookstore, post office, and depot for the small steam railway, affectionately known as the Dinkey, that ran from campus to downtown Ames. 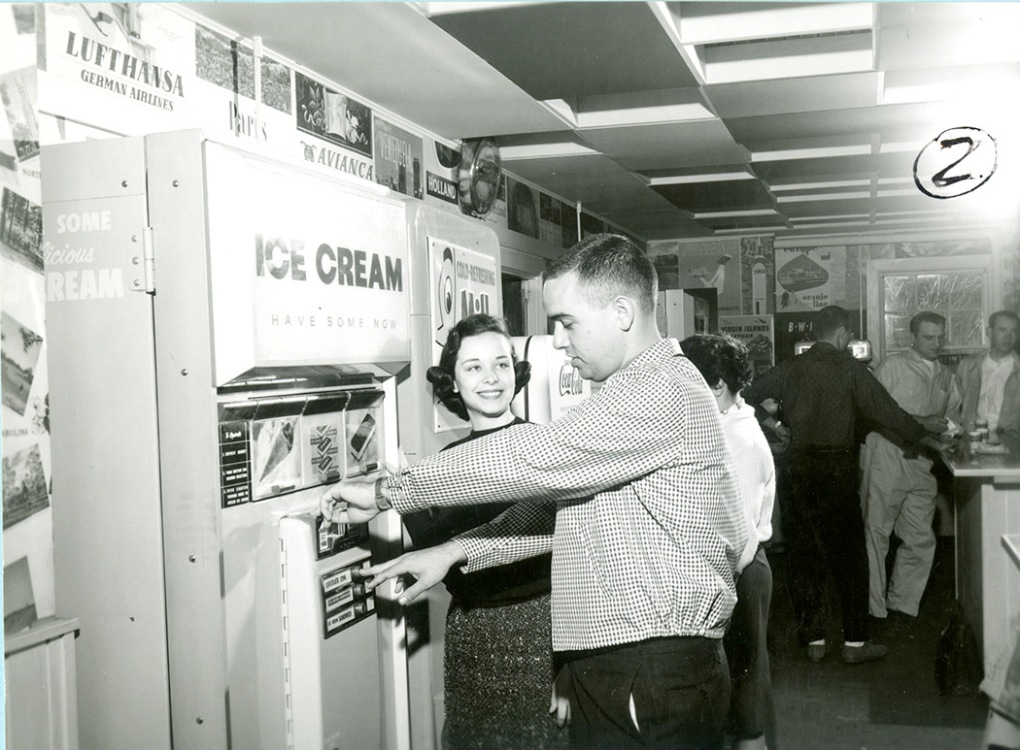 Vending machines arrived in the Hub in 1959. Students had their choice of ice cream, candy, milk, soda, and other goodies. An ISU Daily article from the early 1960s stated that students chose soda pop to milk by almost 2 to 1. Go figure! (University Photograph Collection, Box 144)

Over time, the Hub was moved, added onto, and renovated to fit the needs of a growing campus. The bookstore vacated in 1958 for more spacious environs in the Memorial Union, the post office moved out five years later to a new office in Campustown, and food first came to the Hub in 1959 when vending machines moved into the building. Over the following decades, the Hub would also be home to a copy center, a ticket office, and the University Traffic Office. A dedicated outdoor seating area was added in 1983 signaling the space as a frequent gathering area for students. 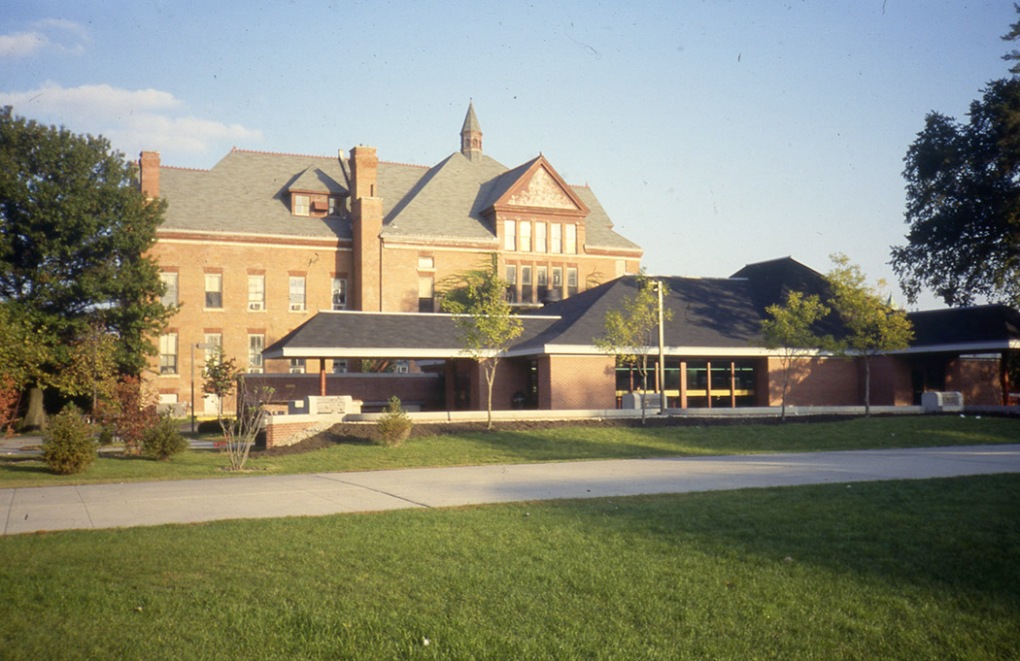 This picture shows the Hub as it appeared in 1983 after the outdoor seating area was added. This is what the Hub looked like when I was a student in the 1990s. (University Slide Collection, Box 9)

Even in the last 15 years that I have worked in the Library, I have been witness to several significant changes at the Hub. In 2008, the interior was completely renovated, incorporating a grill and coffee shop and an addition of a north wing for added seating. Six years later the exterior seating area would get a major revamp. The current round of improvements will see the end of vending machines in the Hub after a nearly 60-year run, but food and coffee will still be served at the Hub. 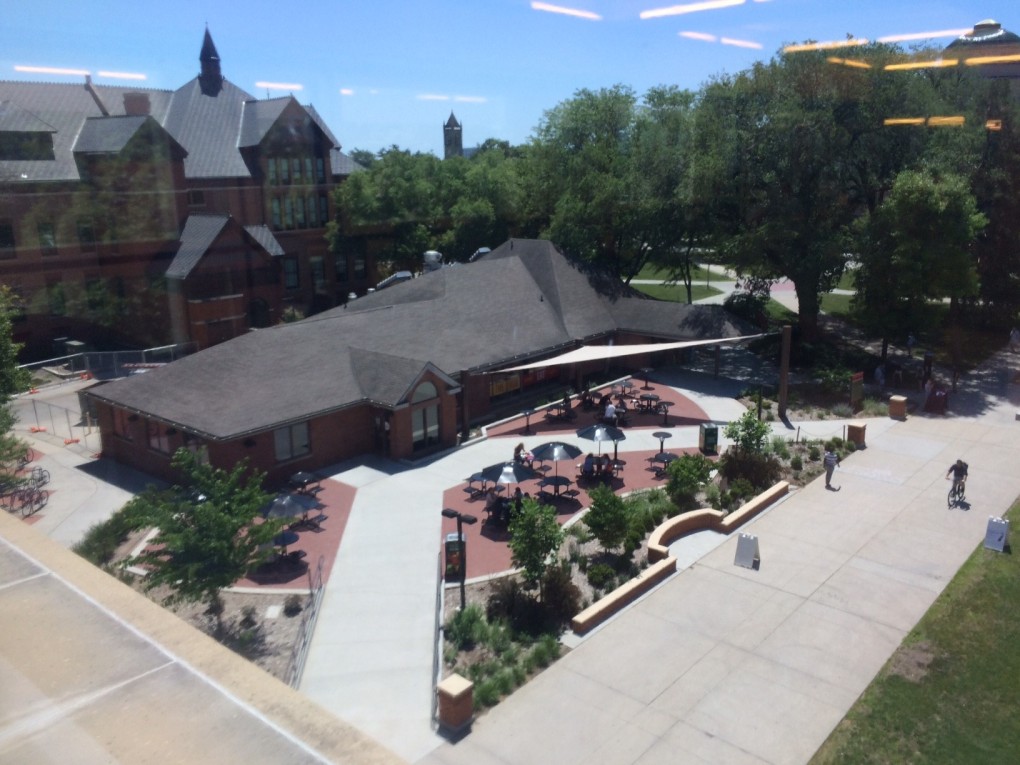 This is the view of the Hub from the Special Collections and University Archives reading room. It’s not uncommon for our staff to wander over to the windows to see what’s going on outside when we need to stretch our legs a bit. (Photo courtesy of Brad Kuennen, 2018)

Additional information on the history of the Hub may be found in several places in Special Collections and University Archives. The Facilities Planning and Management Buildings and Grounds Files, RS 4/8/4 is a great collection to start with for any research on campus buildings. An excellent book titled The Iowa State University Campus and Its Buildings, 1959-1979, by former University Architect H. Summerfield Day is also an excellent first place to start. The archives also has historic photographs and other files that may be of interest to those looking for information on campus buildings. We would love to see you stop by to start your own research project on the Hub!