This is the second in a series of posts about the history of the library at Iowa State.

When we left off in 1914, the library was in Beardshear Hall, and the collection was bursting at the seams.  As early as 1911, money was allocated by the legislature to build a library building.  However, the process was slow-going, especially when it was discovered that in order to build a building of adequate size, much more funding would be needed.

Finally in 1923, construction on the new library building was started, and the first cornerstone was laid on October 11.  Construction was complete in 1925, though not all books were moved until early 1926.  One of the major benefits of the new library was that the materials were consolidated into one space instead of being spread out between Central (Beardshear), Agriculture Hall, Chemistry Building, Engineering Hall, and the Veterinary Building. 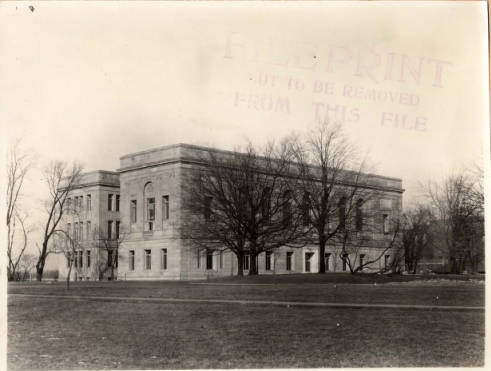 The library hours during regular sessions were: 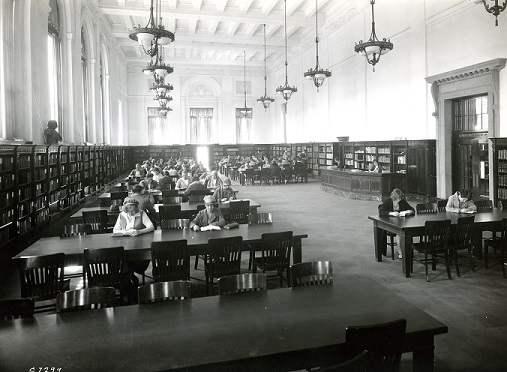 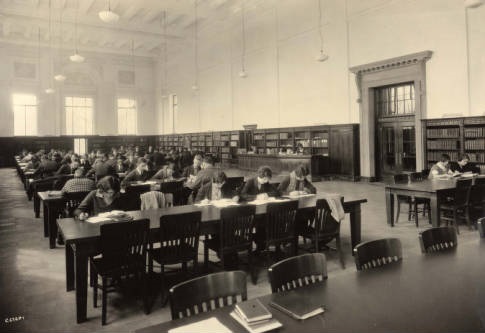 In 1925/6, the library offered 4 courses; classes in library usage specifically for agriculture, home economics, and industrial science students, and a course in bibliographic research.    A 5th course in library methods had been added by the next year.  The dean of the library was Charles Harvey Brown. Brown served as dean of the library from 1922-1946.  In 1927, the library had 10 staff members and 12 assistants listed in the catalogue (compared to today’s 143 staff between librarians, support staff, and students).

The Alumnus had a rather interesting take on the new library building in their November 1924 issue:

“Officials say that the library will be ready for occupancy some time in January.  Some time early in the year, six libraries will be consolidated into one, and the amorous youth will no longer wend his away to Central, but to the new white structure beyond it, there to seek out his fair bibliophile and divert her affections to something more substantial than books.” (RS 4/8/4, box 12)

Sounds like the library staff had their hands full! 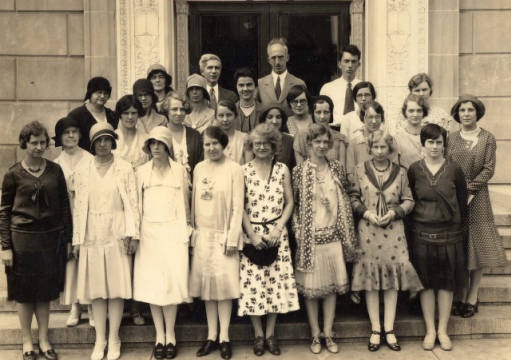 From 1925 to the present the library has been in the same location but has grown.  Join us for the next installments to see how the library has expanded in the last (nearly) century!