Earlier this month, I had the honor of attending Dr. George Jackson’s Iowa State University memorial service. For those who haven’t had the opportunity to know, work, or benefit from his labor, Dr. Jackson was the Assistant Vice President for Student Affairs at ISU, and his devotion to student success was total. He had the gift of service, and he created a sense of community and support among students of color like I have never known. As a graduate student living in Ames, Iowa, thirteen hours away from home, I always felt a sense of community, and much of that can be attributed to Dr. Jackson’s relentless work on behalf of students, the black community, and the greater Ames community. Many other ISU grads can attest to Dr. Jackson’s extraordinary commitment to students and did during his memorial service. 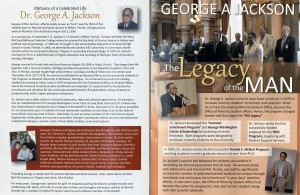 There are many actions he took, programs he started, and roles he played that one could cite as evidence of Dr. Jackson’s legacy. For this blog post, I will focus on one item that exemplifies his commitment and passion for student success: an Iowa State Daily article that he wrote during fall semester 1992. In the article, entitled “An Open Letter to ISU’s Minority Freshman,” Dr. Jackson congratulates, encourages as well as directs the new freshman on how to be a successful student at Iowa State.  Although he wrote the article 24 years ago, the main points still resonate today. The first point is “College will offer many new challenges” that may make freshmen question why they are at Iowa State. The second point is that freshmen should do a self-assessment and then use all of the ISU resources available to succeed when those feelings of doubt surface. He writes, “NO ONE SUCCEEDS TOTALLY ON THEIR OWN” and shares that they are part of a lineage of ISU alumni of color who have positively impacted the world and achieved great things. He ends his article confirming to this freshman class that they are intelligent and talented and with hard work and support, they will succeed and reach their ultimate goal: an ISU degree.

We at Special Collections and University Archives are committed to securing the legacy of Dr. Jackson through collecting and making accessible the documentation of programs he started, and the materials that feature his life and legacy. 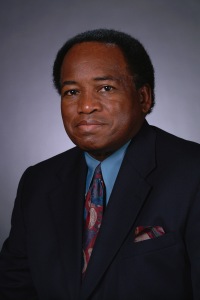 Feel free to leave your comments about Dr. Jackson and his influence on you or ISU students in the comment section of this post.

3 thoughts on “Giving Thanks for the Life and Legacy of Dr. George Jackson”