The semester and school year are winding down at Iowa State. Students catch up on sleep after exams, get ready to graduate, and set off for summer plans; we here on campus are prepping projects for the summer months that are sometimes not possible to do when fall and spring classes are in session.  And we all, regardless of our roles here at ISU, get to enjoy some warmth and recreation. Merriment in 2014 may look a little different than it did in the early 20th century, pictured below, but those chaps have got the right idea. 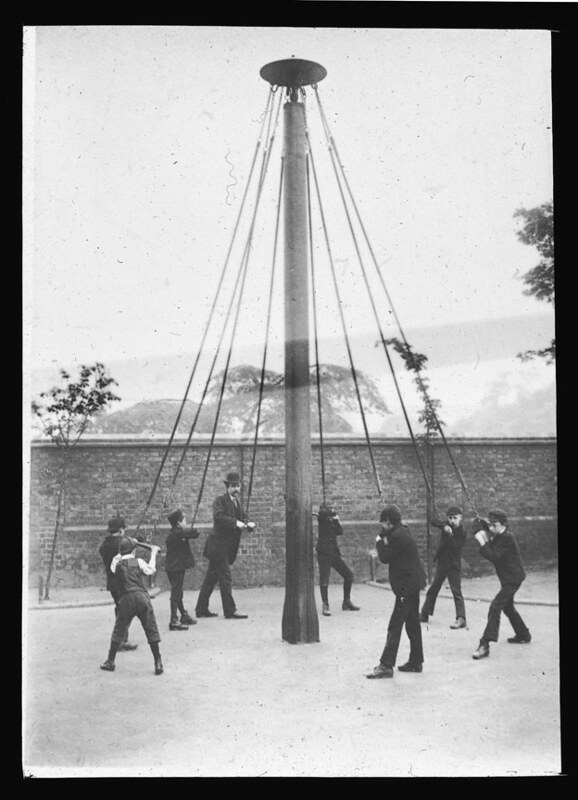 The undated photo is from the Warren H. Manning Papers, MS 218. Manning was a landscape architect who worked at the firm of Frederick Law Olmsted, who is perhaps most well-known for his work on New York City’s Central Park. Manning later went on to start his own landscape architecture firm, based in Boston, Massachusetts, and surrounding towns. The collection contains documents such as correspondence and reports, as well as a number of visual items such as landscape plans, site surveys, and lantern slides and lantern slide prints that depict various structures, parks, and flora. To see more of Manning’s visual works, check out the Manning Lantern Slides set on ISU Special Collection’s Flickr site or come visit the collection in person, on the University Library’s fourth floor.